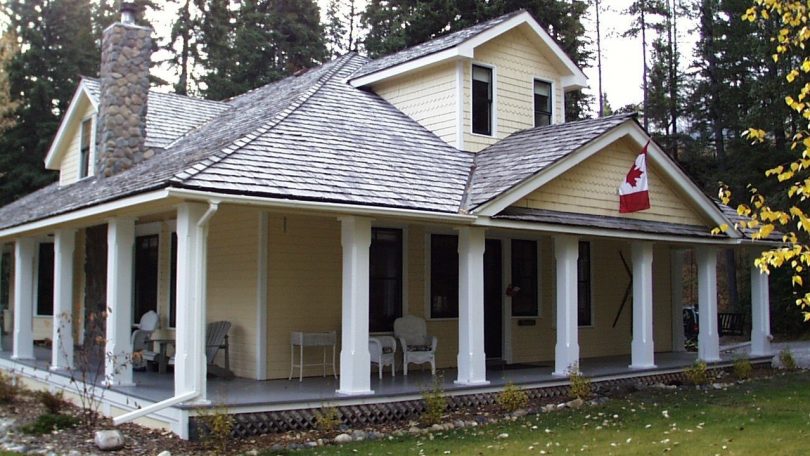 The Mine Manager’s House was constructed in 1907 for Walter F. McNeill of the McNeill Coal Company.  The McNeill Coal Company had extensive coal mining interests in Washington State and in 1891, acquired a lease for the Canadian Anthracite Coal Company’s mines at Canmore and Anthracite.  W.F. McNeill’s father and uncle opened the mines in Canada, while he remained in Washington.  In 1895, Walter McNeill moved to Canmore to assume the position of mine manager.   He commuted between Canmore and Washington until 1900 when all the McNeill interests in the U.S. were sold, leaving the Canmore and Anthracite Mines as the McNeill’s only holdings.

In 1907, work on the house was begun by a local contractor in consultation with Mrs. McNeill, also an American.  There still exists within the building, some wrought iron railing which Mrs. McNeill had brought from California.  During the next five years, the house became the centre of social life in the Canmore corridor.  The McNeills were a generous family and entertained frequently.  McNeill is also reputed to have been a fair employer; and living and working conditions in Canmore were considered to be the most favourable in the province.

In 1912, the McNeill Coal Company’s base from the Canadian Anthracite Company lapsed and the McNeill family moved to Calgary.  Mr. McNeill was subsequently appointed to the Workmen’s Compensation Board which was instrumental in passing the Workmen’s Compensation Act in 1922.  He was also active with the Western Coal Operators Association and was a member of the 1919 Royal Commission on Mining in Alberta.  McNeill clearly made an important contribution to the miners’ and workers’ cause in Alberta.

The house was occupied by Mine Managers and employees until the 1950s when it was sold to Duncan McKinnon Crockford, an Alberta artist.  The house regained its reputation as a social centre during their tenancy which was highlighted by a visit from the Honourable John Diefenbaker in the later 1950s.

From 1955 to 1970, a variety of local mine managers used the home until a housing shortage caused the house to be internally subdivided to house newly arrived families from Eastern Coal Fields. Much interior damage was done to the fine woodwork at this time. During 1960’s house was rented to young transient families. From 1970 to 1975, the house was abandoned and boarded up by mine and was broken into and used by roving partiers. The house was badly vandalized at this time.

In 1976, the house put up for tender and purchased by Ken and Fern Joubert and the Jouberts began restoring house with the help of friends family and volunteers. Over 25 people responded to their add in the paper, and turned out to help scrape and repaint the outside. It took two days. Over 67 pains of glass were replaced.  In 1980, the Jouberts received ‘Alberta Historic Resource’ designation for this house and a five year grant for maintenance, preservation, protection and replacement. Most repairs were finished by this time.  In 1981, the Jouberts retire to Vancouver Island. Residence sold to Syndicate of Calgary families and in 1983 the house was sold to Rose and Crown. 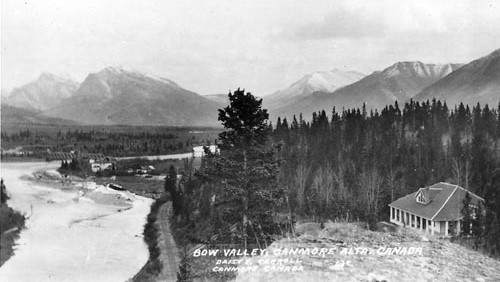 CHARACTER DEFINING ELEMENTS
The mine manager’s house at Canmore is an attractive country cottage, distinguished by its low, broad proportions and gallery. These elements of massing and detailing separate it from the more common vertically oriented houses of the period, although it does not conform to the usual bungalow styling of one storey structures.  Some of the character-defining elements of the house include: