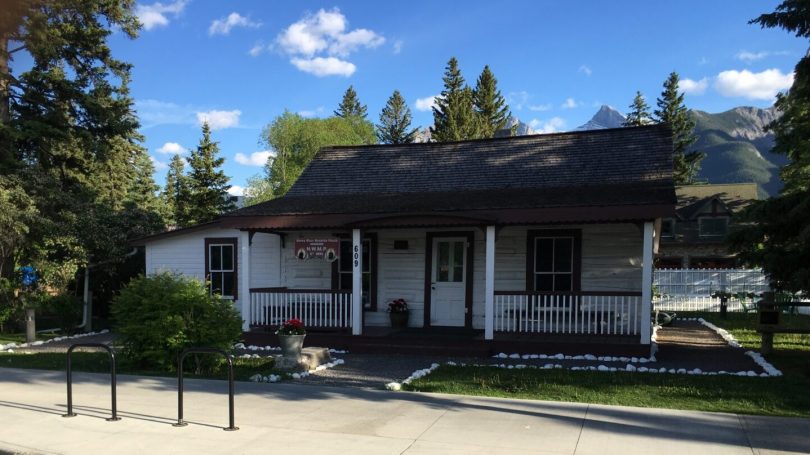 The Canmore NWMP Barracks was built in 1893 and was in use until 1929. The building became a private residence until 1989. It was purchased by the Town of Canmore in 1989 and became a designated Alberta Provincial Historic Resource in 1990.

Built in 1893, the Canmore NWMP Barracks brings to life one of Canada’s oldest and most iconic stories – the story of the North-West Mounted Police.

Canmore was a mining town and mining was a difficult and dirty job.  With it came a “work hard, play hard” mentality and liquor and other vices were prominent as a result. The Canmore NWMP outpost was established to keep these in check for the benefit of both the mine companies and the local community.  It was in operation until 1929, when it was decommissioned; the property reverted back to the Department of the Interior and later became a private residence until the late 1980s. It was acquired by the Town of Canmore in 1989 and declared an Alberta Provincial Historic Resource in 1990.

The heritage value of the Canmore North West Mounted Police (N.W.M.P.) Barracks lies in the important role it played in maintaining law and order during the development of Canmore region as a coal mining community. It is one of the oldest surviving North West Mounted Police buildings in Alberta, one of only three remaining from before the creation of Alberta in 1905.

In 1888, the president of the Canadian Anthracite Coal Company petitioned the Comptroller of the N.W.M.P. in Ottawa for more police to control the importation of liquor from the United States, which was causing problems with the miners and railway workers. One constable was stationed in the town in rented quarters, but by 1892 it became obvious that more permanent quarters were needed and the existing Canmore North West Mounted Police Barracks were constructed in 1893. Occupied by a one- or two-man detachment between 1893 and 1929, their duties included patrols, checking the trains for illegal liquor and maintaining law and order during the strikes that occurred in Canmore, particularly in 1911.

The building is an excellent and early example of a functional log building in the cabin style, and has been both dismantled and reconstructed (1908-9) and expanded (1920-23). Originally the site included a stable, corral and barn. Although much of the historic landscaping around the barracks has changed, several of the evergreen trees date from the period of construction. The whitewashed stones placed around the building are a sympathetic reconstruction of a historic feature of the barracks. The North West Mounted Police Barracks remains a landmark on the main street.