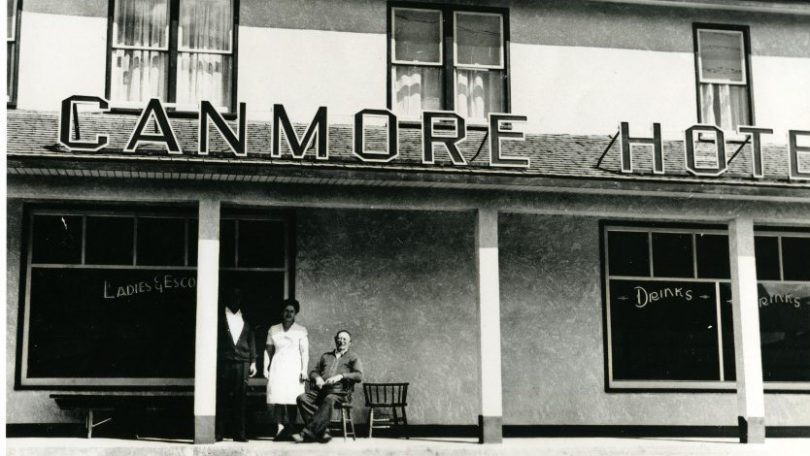 Marie (Mary) was born in Bankhead near Lake Minnewanka on June 9, 1908 to Antonio and Camilla Chiaverina, where she lived until the coal mines closed in 1922. Mary’s family then returned to Canmore where she lived for the rest of her life. Married in 1928 to Alfonso Rodda they raised their two daughters while managing the Canmore Hotel. After her husband’s untimely death in 1952, Mary continued to manage the Hotel for another sixteen years. Although there were concerns about a woman running a Hotel and Bar, she had the support of the licensing inspectors and the townsfolk. When asked about her suitability, the RCMP Sergeant remarked that if Canmore had five Mary Roddas, there would not be any crime in town. Although small in stature, she was always able to keep order and had no qualms telling the men in the Bar that it was time to go home. She had the respect of everyone. Mary was a proponent of a healthy lifestyle and would be seen daily walking about town well into her nineties. She was an advocate for the environment and contributed by picking up litter and putting on her rubber boots to clean up the creeks and ponds in Canmore. Mary loved the mountains and her community and let everyone know how lucky she was to live in God’s Country.