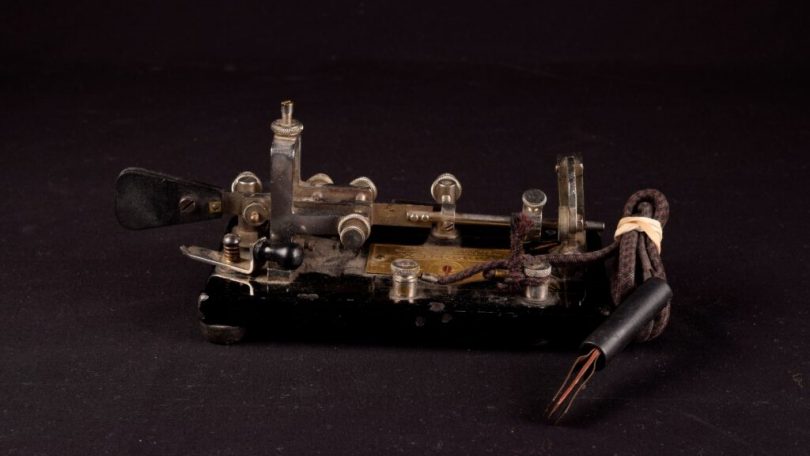 This practice telegraph key was donated to the museum by Jack Clipperton. Jack and his wife Jean retired to Canmore 1987, but they have a much longer history than that in the Bow Valley.

Just after their marriage in 1953 the young couple moved to Banff so that Jack could take up a teaching position. They struggled to make ends meet and to save money they lived in summertime in a tent in the MacLeod’s backyard on Lynx Street.

This telegraph key (the device used to tap out the dots and dashes of Morse code) belonged to Jack’s father, who worked for the CPR. Jack’s three sisters and two brothers followed in their father’s footsteps and also worked as telegraphers for the CPR – except for Mary, who was the first female telegrapher at the Banff Springs Hotel. The entire family used this telegraph key to practice their skills and learn Morse code.

Explore other objects donated to the Canmore Museum by Jack Clipperton.