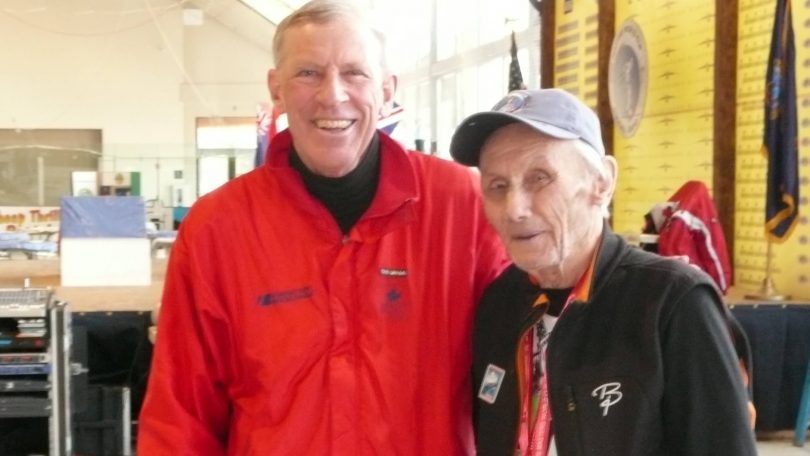 The 2022 Masters World Cup was awarded to Canmore under the auspices of the Alberta World Cup Society (AWCS).   The initial proposal to host this event was made to the AWCS in 2018 by Dave Rees, a former Olympian, Canmore resident and life-long competitive and recreational cross country skier.

Dave’s background in World Masters competition goes back to its inception in the early 1980s.   He was the first vice-president of the Canadian Masters Cross Country Ski Association, when it was founded by Bill Gairdner of Unionville, Ontario in the summer of 1981.   By then there had already been one World Masters Cross Country Ski Championships held in Morin Heights, Quebec in February 1980.   In February 1982, the second Masters World Championships took place in Uppsala, Sweden and during the week of competitions Bill Gairdner proposed the founding of a worldwide Masters Association and the rest, as they say, is history.

Dave has competed at 15 Masters World Cups, starting at the 1984 event in Holmenkollen, Norway.   In 2009 the World Masters was held in Autrans, France, the site of nordic events for the 1968 Olympic Winter Games, at which Dave was a competitor on the Canadian team.   At the 2009 MWC, there were two other competitors from the 1968 Olympics and all three were warmly welcomed by the Autrans MWC Organizing Committee.